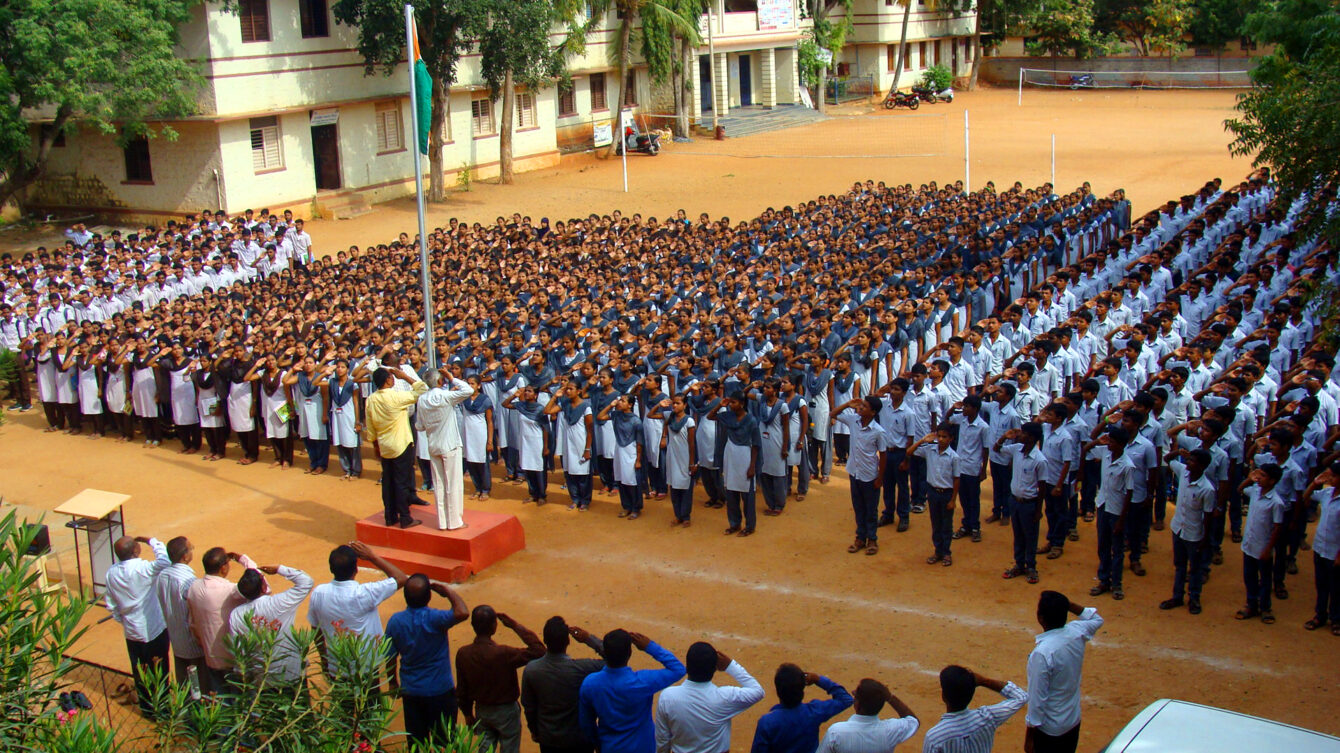 Veerashaiva Vidyavardhaka Sangha has been imparting education since hundred years, maintaining standards, in keeping with the changing times, with unflagging dedication and devotion. The Sangha has reached successfully, with pride and satisfaction, the historic moment of celebrating the glorious achievements.

In pre-independent India, Bellary was in the vast region of Madras Presidency, under the British Rule, consisting of twenty talukas. Several confusing and uncertain causes made Bellary District literally, a backward area, political uncertainties, in an administration with no method in its madness, un-scientific division of taluks with constant alterations, limited educational avenues and uncertain syllabi and— most of all— the great distance from Madras which was the “centre” of administration, leading to a negligent attitude….. these were the several causes.

Naturally, this orphaned District for over a century and a half was termed BACK Districts area. Owing to such political uncertainties and un-scientific administrative reasons, the social conditions were deplorable. Hence it was felt that educational facilities would be a panacea for all the problems, a basic need realising that poverty, illiteracy and un-employment are making the society suffer from social imbalances. Intellectuals of the Veerasaiva society of the times evolved remedial measures for eradicating that plight that was enveloping all caste, creed and colour of the society.

Before the dawn of the independence, District and Taluka Boards in their token Aid, provided in a limited way funds for formal education in the schools; in the same way, the Christian Missionaries had provided education evidently with religious aim! Having understood the limited scope for providing only primary and secondary education, the stalwarts of the Veerasaiva community, realizing their responsibility to voluntarily accepting the burden, established the Veerasaiva Vidyavardhaka Sangha.

Department of Pre-University Govt of Karnataka